Pamhidzai Thaka is the Gender Officer at Ecumenical Church Leaders Forum (ECLF) since 2019. Her work ensures an integrated gender programme delivery, realising men and women are affected differently by conflicts.

The programme ensures that the protection of rights and needs of women and girls , men and boys are met during the peace building process. This means providing technical
assistance on how to integrate gender concerns, thereby taking into account the needs of men, women, girls and boys, including emergency strategies for addressing gender related conflicts and different forms of violence including gender based violence and other priority concerns during emergencies. She is a trained facilitator in dialogue and mediation and more related topics in
peacebuilding.

She joined ECLF in 2013 as an Administrative Assistant and later became a Programs Assistant. As the forum was growing she became a Community Cohesion Initiative Officer from 1 April, 2015 to December, 2018. Her role was to help communities build social and community cohesion through implementation of community cohesion initiatives like communities building bridges, schools, clinics dams .

Pamhidzai Thaka has regional and International experience in peace processes. Currently, she is the Regional Liaison Officer for the Global Partnership for the Prevention of Armed Conflict (GPPAC) Southern Africa now called Southern Africa Partnership for the Prevention of Conflict (SAPPC) where she serves in various working groups to promote peace.

She has worked for the then Ministry of Women Affairs Gender and Community Development as a District Development Officer(2007-2013) promoting gender equality and empower women and men. She is also a trained secondary school teacher with 17 years of experience (1991-2007), where she also served as a Regional school examiner in Matabeleland Region, responsible for Technical Graphics. She holds a Post Graduate Diploma in Development Studies , Bachelor of Education Degree and a Certificate in Teaching . 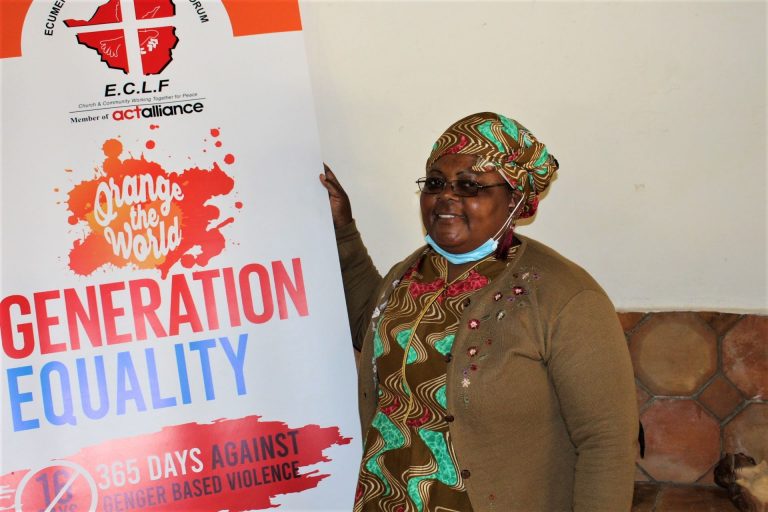