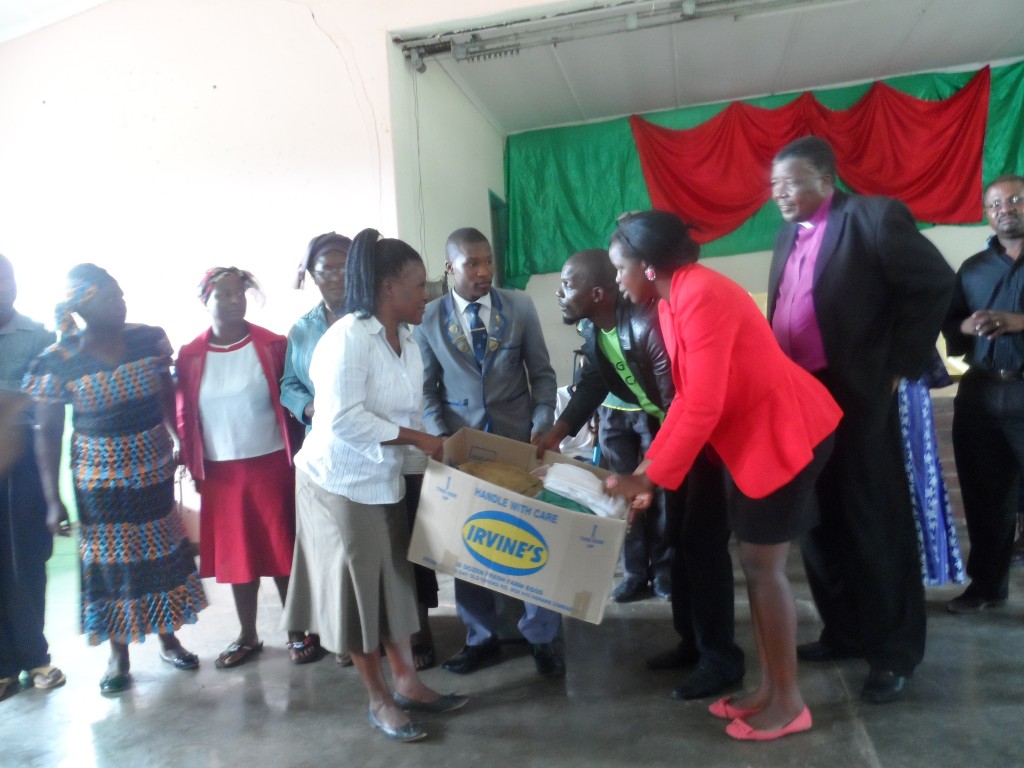 Following their training by the Ecumenical Church Leaders Forum (ECLF) on dialogue and mediation skills for conflict prevention, management, resolution and transformation (CPMRT) youth in Bulawayo’s Sauerstown and Reigate suburb have organized themselves to set up an initiative to fight a number of community ills which include child abuse, unwanted pregnancies, forced marriages, HIV-AIDS, rape, domestic violence and localised conflict in the community. The Cabatsha Youth for Youth Campaign is being spearheaded by youths who were trained by the faith-based organization.
The project is being carried out in an area called Cabatsha. Cabatsha is one of the most vulnerable peri-urban suburbs situated in Reigate district (ward 2) of Bulawayo Metropolitan province. The settlement pattern of Cabatsha is composed of compounds, informal settlements and farms. No real infrastructure has ever been developed in the area except for a solitary primary school which is meant to cater for a vast area.
During the trainings, the youth had indicated that in Reigate District, the major causes of conflict include; poverty, drug and alcohol abuse, unemployment, promiscuity and power struggles. They further explained that the high rate of unemployment in the District is the major drive for criminal activities as most people resort to stealing, prostitution and all sorts of illegal activities to earn a living. The majority of the participants pointed out that after being trained by ECLF, they went on to share what they had learnt with their peers.
These youth, however, did not stop there and felt that they needed to solidify this work by establishing a group that will further impart their knowledge and seek solutions to the problems in their area. It is under these circumstances that this campaign was muted. In launching their initiative, the youth seem to be utilizing the networking skills they learnt form the ECLF training as they have secured the participation and goodwill of reputable organizations such as Population Services International (PSI), Childline, Zimbabwe Youth Council, National AIDS Council, the Zimbabwe National Family Planning Council, the Ministry of Indigenization, Economic Empowerment and Youth Development, the Ministry of Gender and Women’s Affairs as well as ECLF.
The group seeks to source donations for school fees, uniforms and other school consumables for orphans and vulnerable children, impart information on HIV/AIDS and reproductive health, equipping other youth in the community and school with skills in mitigating conflict, imparting livelihood skills training for youth, organizing peace-building workshops and other initiatives.
Speaking at the launch of the programme, the chairwoman of the initiative, Siphathisiwe Mpofu, expressed delight at the launch of the platform and said that she was confident they would be able to tackle the socio-economic challenges in their community. She further expressed gratitude to ECLF for the help and mentoring it provided.
“This is a programme that we have been planning to undertake for a while and we are happy that it has taken off. We are pleased that most of the partners we invited managed to come and we are ready to tackle challenges like HIV/AIDS, orphans and vulnerable children, poverty, rape, child headed households and others. We are grateful for the role that Eclf plays in mentoring us and partnering with us,” said Mpofu.
ECLF Provincial Focal Person for Bulawayo and the Matabeleland provinces, Bishop M. L Khanye, who conducted the training, was also full of praise for the youth.
“This is a good thing that these young people have done. They have shown great leadership by organizing themselves to help others in their community. We are proud to be associated with them as ECLF and that they are making follow up activities to the training we imparted to them,” said Khanye.
The meeting was also graced by the Child President who praised the programme and urged them to spread it to other vulnerable communities.